It’s not in the script anymore, but we were told that Han Solo was on Kashyyyk [in 'Revenge of the Sith'] and that he was being raised by Chewbacca. He’s such a persnickety guy later on – he always has to have the best of everything – so I thought it’d be great if when he was a kid, he was an absolute slob.

Lucas asks for a conference room on Kashyyyk - and a costume for a young Han Solo, who is slated to meet Yoda on this planet and actually help him to locate general Grievous. His one and only costume and character style are approved as soon as they're presented. 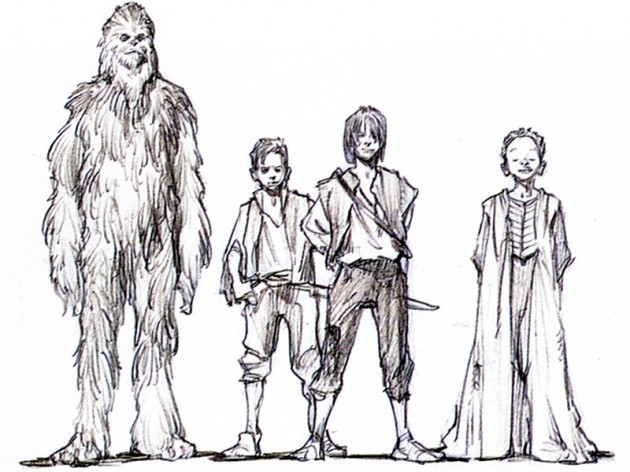 I found part of a transmitter droid near the east bay… I think it’s still sending and receiving signals.

Good. Good. Track this we can back to the source. Find General Grievous, we might… 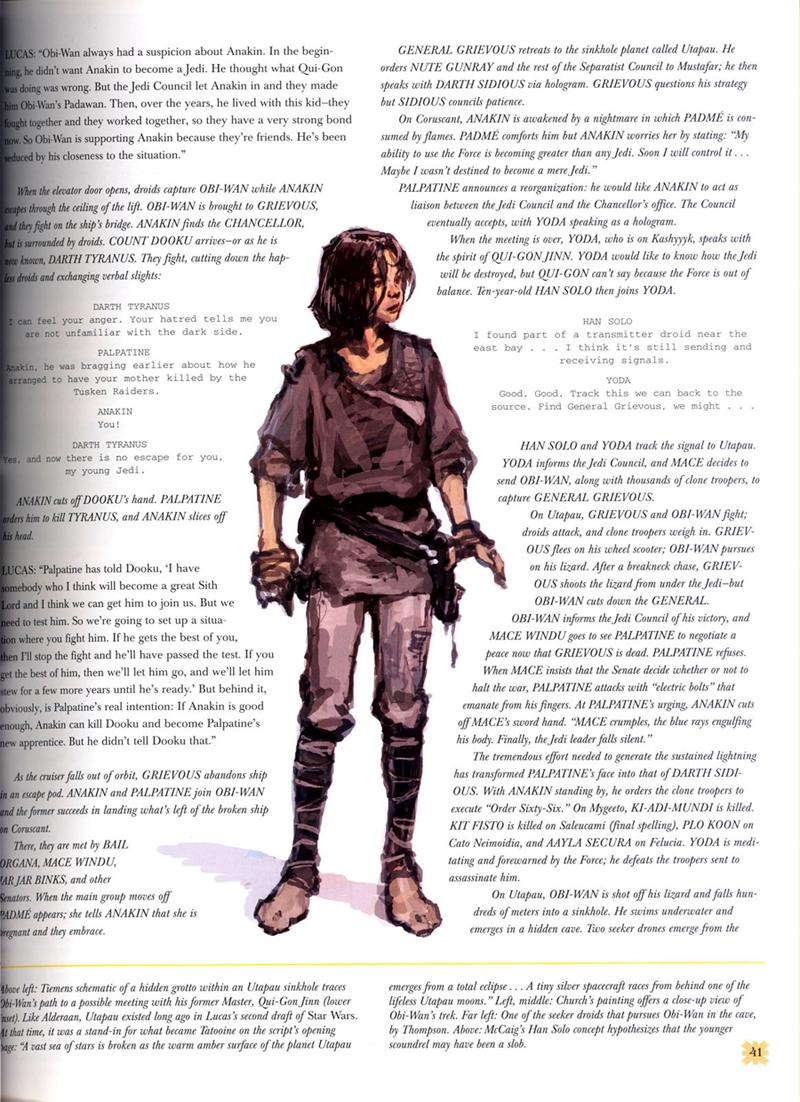 George Lucas: "The idea was that Han solo was an orphan. He was raised by Wookiees, befriended Chewbacca, and they went off."