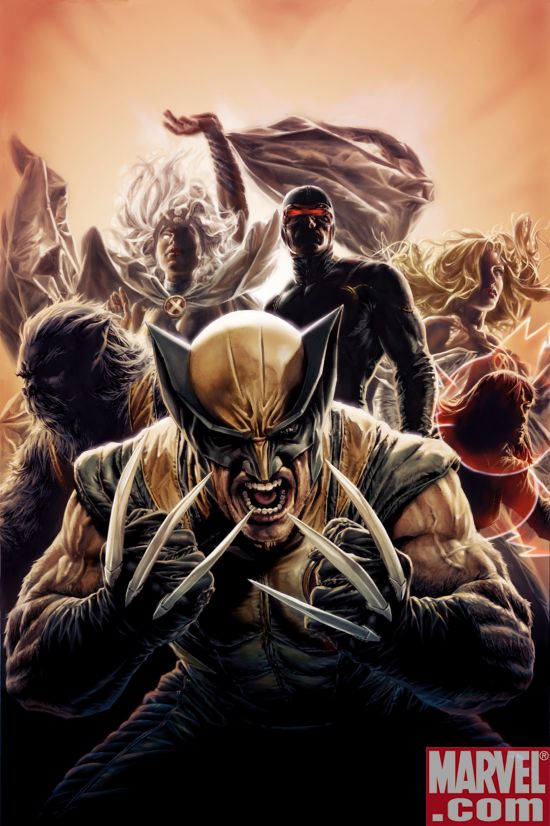 Based in San Francisco, Ellis established the X-Men as protectors of the city. The new team consisted of Cyclops, Emma Frost, Beast, Wolverine and Armor, and later, Storm arrived. The X-Men uncovered a plot of mutant synthesis from an unusual murder. The killer (designated 'X') was located, fixing and restarting the eponymous "ghost box" in a spaceship. X was defeated but killed himself rather than surrender information about his intentions and "the Annex."

The team returned to San Francisco with Suspect X's "mysterious box" (actually a "Ghost Box") in tow and gave it to Hank along with a syringe filled with Suspect X's blood. After analyzing the box and blood, Hank told Scott that after having gone over Suspect X's file there appears to be talk about a secret war between Suspect X's people and the murdered mutant from the beginning of the story arc.

There is also talk about a mysterious place called Tian which is in China and that piques the interest of Wolverine. After analyzing Suspect X's blood, Hank finds out that Suspect X is just a normal mutant but with his X-gene on a different chromosome. Just like the murder victim, Hank believes that Suspect X is a manufactured mutant. Hank wants to bring in Abigail Brand from S.W.O.R.D. in to help investigate this matter, but Scott is against that. In the end, against Scott's wishes, Agent Brand is brought in who lets the X-Men know that the Ghost Box is a dimensional portal between different realities. Hank then concludes that Suspect X is not a manufactured mutant after all; in Suspect X's reality the x-gene is normally located on a different chromosome.

Brand wants to turn this case into a S.W.O.R.D.-only case but Scott counters it. Brand gives Scott and the X-Men time to investigate before she brings in S.W.O.R.D. With the help of Wolverine, the X-Men locate Tian, which is an uncharted area of China that no surveillance or satellite system can get through, not even the Chinese government. The X-Men are able to sneak into Tian and discover the headquarters of a secret group of mutants informally referred to by Hank as the "Chinese X-men." Sadly, they seem to have died because of M-Day's associated effects.