Marcus' hero days are behind him. He knows too well that even the smallest war still means somebody's death. When his men are impressed into a doomed army, staying out of a battle he wants no part of requires some unorthodox steps.

Cithrin is an orphan, ward of a banking house. Her job is to smuggle a nation's wealth across a war zone, hiding the gold from both sides. She knows the secret life of commerce like a second language, but the strategies of trade will not defend her from swords.

Geder, sole scion of a noble house, has more interest in philosophy than in swordplay. A poor excuse for a soldier, he is a pawn in these games. No one can predict what he will become.

Falling pebbles can start a landslide. A spat between the Free Cities and the Severed Throne is spiraling out of control. A new player rises from the depths of history, fanning the flames that will sweep the entire region onto The Dragon's Path -- the path to war. 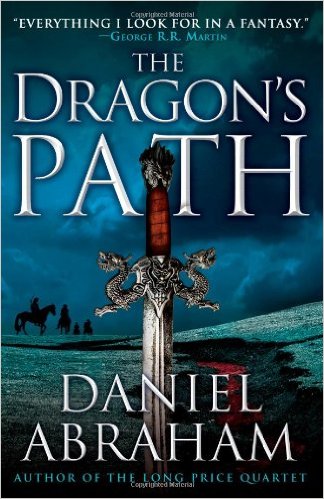