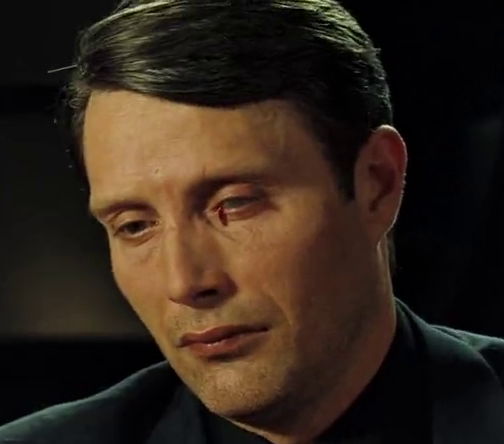 Weeping blood comes merely from a derangement of the tear duct, my dear General. Nothing sinister. 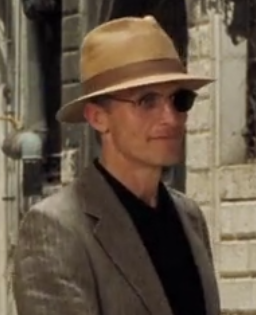 We saw Mr. White shoot Le Chiffre in the head and save Bond. (or did we?)

Adolph Gettler was a fictional operative of the criminal organization Quantum. The villain was based on the literary character who first appeared in the 1953 Ian Fleming novel Casino Royale and was portrayed by German actor Richard Sammel in its 2006 James Bond film adaptation of the same name. The character later appeared in the 2008 video game Quantum of Solace, which incorporated scenes from the 2006 film. 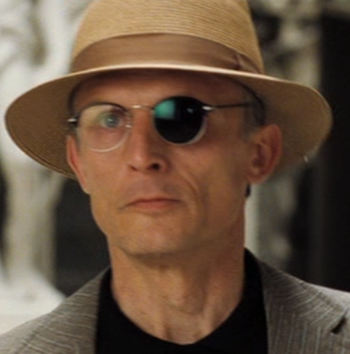