Jason Storm (Blanks) and Zoey Kinsella (Phillips) are two cops under the leadership of The Controller, whose task it is to contain the vicious thugs and roving gangs that terrorize the otherwise unprotected community.

When Zoey is murdered by the notorious Niki Picasso (Jalal Merhi), The Controller converts her body into a cybernetic killing machine that is unleashed upon the gangs without mercy. But Jason knows too much, and eventually must battle impossible odds as he takes on the gangs, The Controller, and the seemingly unbeatable Zoey in a race to save the Earth’s atmosphere from nuclear destruction. This fast-paced chiller boasts furious fight sequences featuring Matthias Hues and legendary martial arts star Bolo Yeung.” 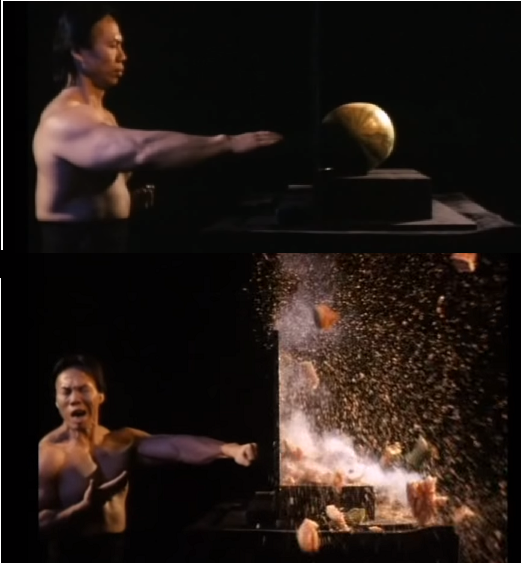 A cena do melão: